I think it’s a running theme. I’ve got lots of walk to do, but manage to faff around all morning and fail to get going. Although in my defence, I was messing around with finally updating this blog.

Anyway, upon realising that the forecast for rain wasn’t as pessimistic as it first appeared, I figured it was time to get out there. But this time I decided to try something different…

The capital ring signage does allow for this, but the route notes are clockwise only. Sometimes following the route can be hard enough the right way round, but section 13 follows the river Lea for the bulk of the route, with just a quick stroll through a park at the end… so I figured I’d be safe enough.

It’s also just a short stroll (30 minutes or so) from home to the start of the section, which helps.

It’s also cheating a bit, as I’ve cycled a lot of this route before. But, cycling is a different thing - there’s something nice about experiencing the city at walking pace, smartphone camera in hand (ok, pocket) taking in the scenery - a guided explorer.

The route starts at the White building, home of Crate pizza - and with the Howling Hops tank bar just behind it. Hackney Wick is in a state of flux right now - as the industrial units are going, and aspirational identikit flats are flying up. They describe the space as the next Shoreditch, but seem to be missing the fact that the flats they’re building are busy destroying the things that make Hackney Wick so vibrant and exciting (and scuzzy) in the first place. 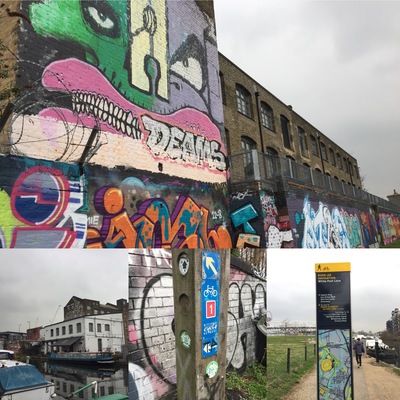 But we’re leaving the Wick behind - heading North (ish), following the River Lea. The Olympic park is on our right - and it’s just a short walk to the former Olympic broadcasting centre, now reinvented as a startup space - with bars and restaurants facing the riverside… including the wonderful 4 Quarters - a bar filled with retro arcade machines.

A modernist and colourful block of flats on the left means we’ve made it to Mabley Green. This is the site of the former Matchbox toys factory - and is commemorated by a giant sculpture of a Matchbox toy car…

The factory itself was famous locally - and Matchbox used to run a fleet of Routemaster buses to get their staff to and from the factory. Alas, Lesney, the company that made Matchbox toys went into receivership in 1982… although the factory building stood on the site until 2010 - and finally became flats in 2012.

None of the Matchbox story makes it into the route notes - but I’ve had lots of fun researching the old factory regardless. A real highlight was finding a post about a book published by Lesney in 1970, Mike and the Modelmakers - the linked post is full of scans of the wonderful artwork in the book - written and illustrated by Czech artist Miroslav Sasek… far more famous for the iconic This is… series of books.

All along the river here - are houseboats of all shapes and sizes. These aren’t twee holiday rentals, these are all homes, a solution of sorts to ridiculous London rents. There’s everything from elderly Dutch barges, ex-holiday cruisers, canal boats and everything in between. 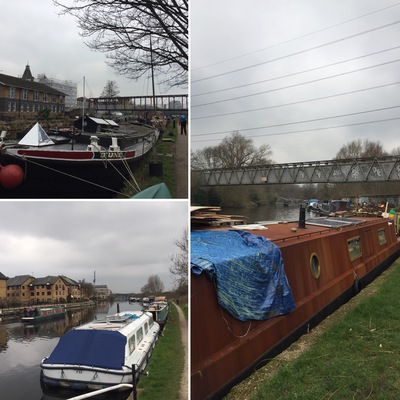 Crossing over a bridge, and all of a sudden we’re in the Walthamstow Marshes. The sky is grey, and for a moment I have the place all to myself. The marshes stretch out into the distance… and the skyline is broken up by pylons - and the occasional train rattling into London or out towards Tottenham. 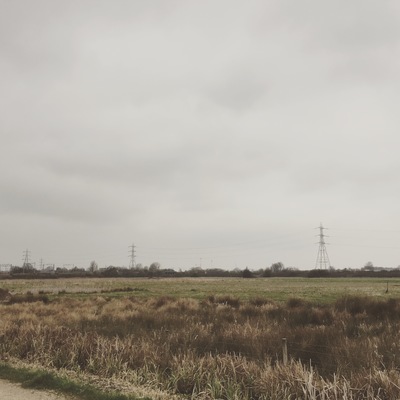 This is a relatively short (for the ring at least) 4 mile section. I was trying out tracking my walk via my Apple Watch. I’m not sure if that was trying to make me up my pace… and I’ve no idea what a good walking pace is anyway… but all I know is it seemed no time at all (just over an hour) before I found myself at Springfield Park… which is almost at the end. In fact, I found myself re-checking the map and the route notes… but I could just about see some Capital Ring signs on the other side of the river. Although one on my side would have been nice. Once again, the perils of walking the route backwards…

Then it was past the tennis courts, and a trek up a hill and past the ornamental lake and the park keepers’ lodge - and the out of the park and out into suburban Stoke Newington again. Through a couple of side streets and out onto the main drag of Cazanove Road. This drops down a hill onto the A10 opposite Abney Park, and is the road I was pondering following when I’d finished section 12…

Maybe doing a section backwards isn’t that daft - as it’s really nice to find yourself somewhere “familiar” at the end of a walk. Especially as the Capital Ring is (for me at least) about the unfamiliar and about discovering parts of London I’d otherwise never find myself wandering around.