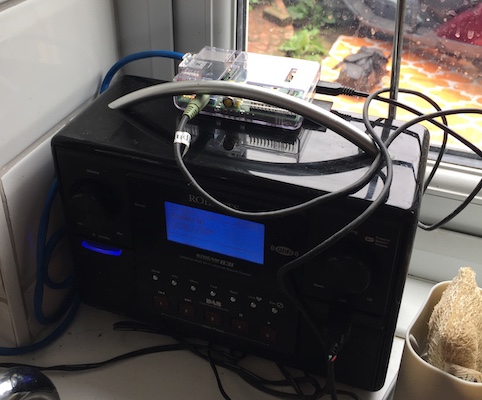 My increasingly elderly Roberts Radio 83i remains a wonderful radio - but alas, it doesn’t support any kind of DNLA media discovery… so no Airplay, no wireless streaming, and no Spotify Connect

So buy a new radio Steve, the new model works with Spotify Connect, and looks all posh. But that would be TOO EASY.

Turns out I have all the things I need for low-rent Spotify Connect right here.

The Roberts 83i has a USB port on the front, for plugging in a USB stick full of tunes into the radio. Turns out that kicks out enough juice to power an older Pi without too much grief… so the Pi can be powered up and down when the radio is.

I’ve got a dodgy wifi extender in the kitchen - with an ethernet port… so that sorts out networking.

is barely worth writing about.

And that’s basically it. All being well, your Spotify client will now “see” a device called raspotify(raspberrypi) that you can stream to.

By default, the audio level from the 3.5mm headphone jack is a little low. There’s a command line tool you can use to adjust it… which I’m adding here, because again - I always forget. 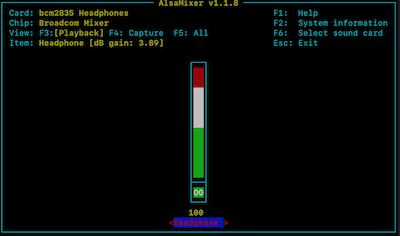 Also - if you’re not keen on the standard name - you can tweak it via the config file (‘cos it’s Linux powered, it’d be rude if you couldn’t…)

in the text editor of your choice, edit

You’re looking for the DEVICE_NAME line. Set it to something suitable - and uncomment the line (by removing the # if you want it to actually work… sigh)

And there you have it. I suspect I’ve spent longer typing this up than I actually did setting up the hardware.

I still need to tidy up the cable run - but the wife is busy blasting Tool in the kitchen as I type this… so I think I can chalk this wet Sunday project up as a success!