I’d done my research… but I couldn’t find anything online about the exhaust emissions of a Honda Helix. I know they’d sold them in California (where emission standards have been tough for a long time) up until 2007 - and I’d also found an article that suggested a Vespa PX125 was well under the Euro 3 emissions limit.

Two strokes do produce less N0x than four strokes, but my water cooled 250cc four stroke bike would need to be TEN TIMES WORSE than a Vespa PX125 to fail.

I’d given the bike a service, to give it a fighting chance of passing… but really - it was time to put my money where my mouth was.

The test fee is £175 - and my thinking was, if the Helix fails - I can sell it and buy something more modern that meets the Euro 3 standard.

So off to Riverbank Motorcycles…

Which is an amazing place - tucked away in an industrial estate by the river. It’s a good sign when you arrive and there’s everything from a pair of NSU Quicklys to a CX500 rat bike, to a hipster hard tail chop as well as everyday commuter bikes.

Lots of places have a dyno - but Riverbank Motorcycles have spent the extra cash on an exhaust gas analyser that can measure grams of N0x per kilometre - which is what’s measured as part of Euro 3.

…and then out came the drill! They drilled a hole in my posh aftermarket exhaust, to connect their test equipment to - and then the Helix was stuck on the dyno.

Basically the emissions test involves a number of acceleration tests and a top speed run… and then N0x levels are averaged out. 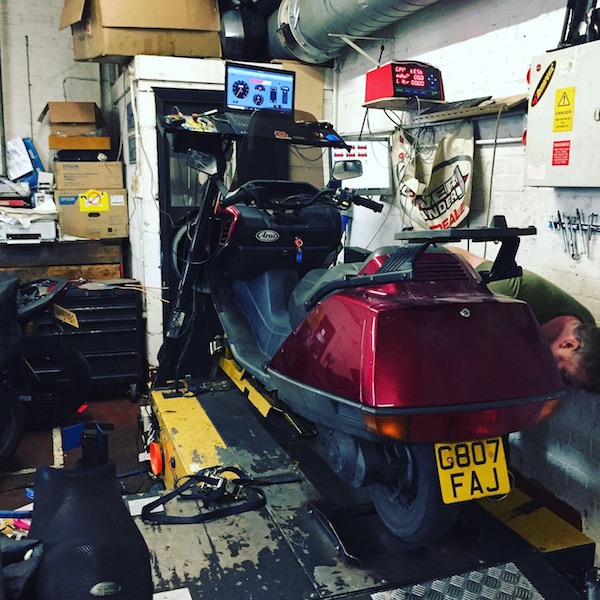 So I watched. And I paced up and down. And I took a few photos. And then…

But wait… turns out it’s not all over.

We can make any bike pass the test…

…says the helpful man at Riverbank Motorcycles. We can fit a catalytic converter for £125 (plus a bit of labour). Then another dyno run is £75.

As a tight arse, I agonised over this for a while. But. The Helix is fun. And at £12.50 a day to ride in the ULEZ zone, it really will pay for itself eventually.

So - a Cat was fitted between the downpipe and silencer and welded into place. And then it was back to the dyno… because it takes a while for a cat to get up to temperature and actually work, the Helix had a few kilometres just running on the dyno and then it was time for another dyno run.

0.09 grams of N0x per kilometre travelled! 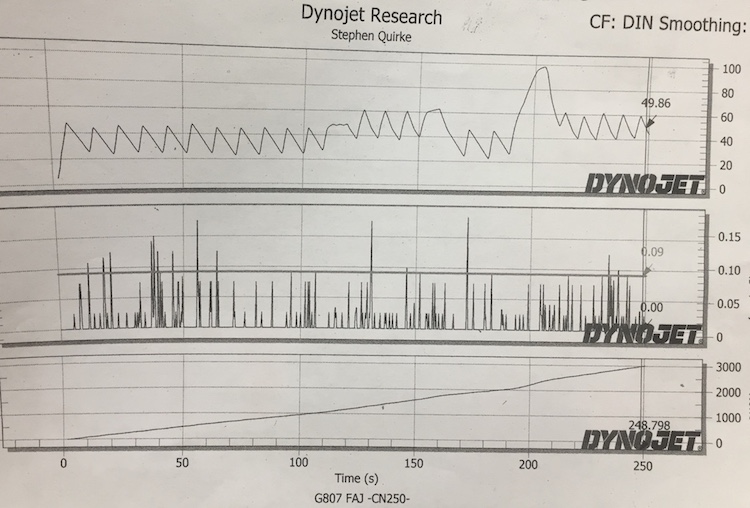 Nicely under the limit. The Helix is saved!

Which is a good thing… partly because I do enjoy riding it, and because now with a cat fitted, the emissions are lower in general, no matter where I ride it. And also, it’s true that the biggest environmental impact of any vehicle comes from initial production - so keeping a older bike running and in good condition is a good thing to do. And it does make the bike easier to sell (in London at least) - plus I no longer need to fear the ULEZ extension.

Now I just need to get on with riding it!